Here are two of my stokers at the University of Victoria campus, getting ready to start the last day of the rally. My other stoker slept in that day! We are riding our Counterpoint triplet. 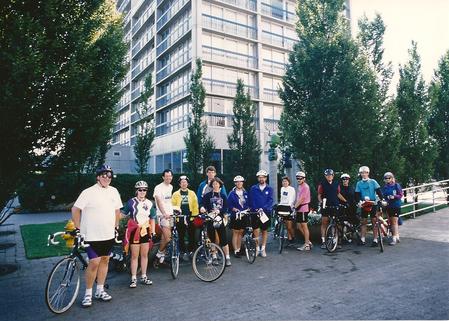 1995 - TNT Tandem Tour: ​Later that summer the Portland tandem club (known then as Team Northwest Tandemonium) put on an excellent 3 day tour in the Willamette Valley and into the Cascade Mountains of Lane County, Oregon, with luggage sag provided by family of one of the organizer couples. We were in tune with our Tandem TwosDay at that point, having just returned from France 3 weeks earlier, so that bike got the call. This was a gorgeous loop, including the Aufderheide Memorial Drive. 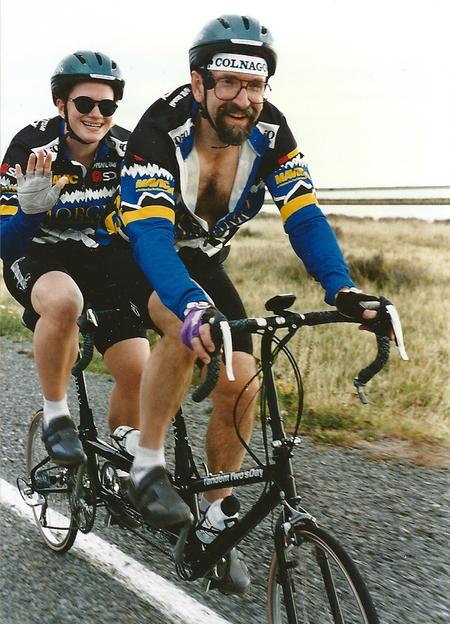 1995 - New Zealand: For this trip we took our Tandem TwosDay from Bike Friday and stoker duties were shared among my wife and our two kids. We rode from fixed bases we established at motels and B&B's around the South Island.

​Did not record the elevation gain numbers for this short tour. 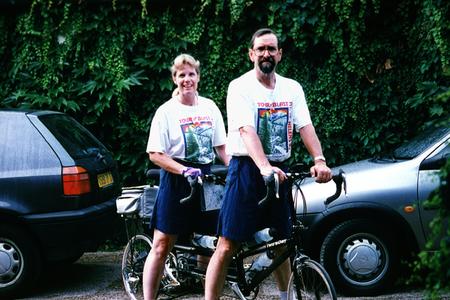 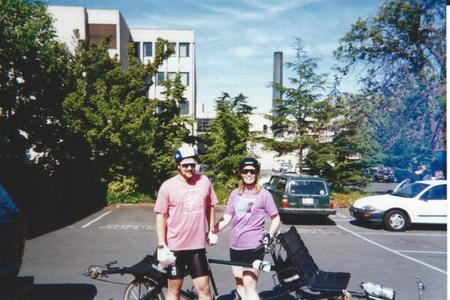 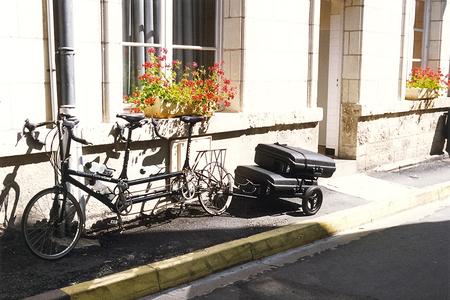 1995 - NW Tandem Rally: Victoria, Canada was the locale for this rally to which we took our custom Co-Motion Java, our Counterpoint triplet, and our son's single bike - a Schwinn Prelude. The whole family went along so I had a mix of stokers for this fun rally. Here we are with our Toyota van, in the BC Ferry line at Tsawassen. We could get a single and tandem on top, with the triplet and 4 people plus luggage inside. Good van! 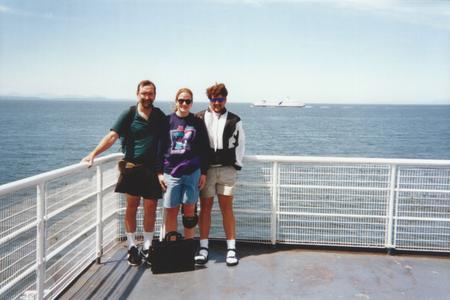 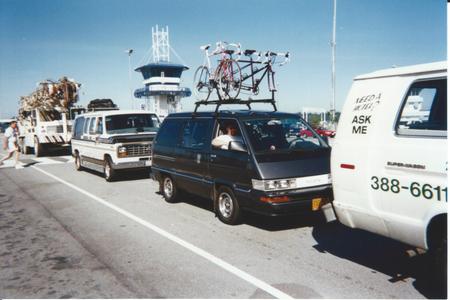 On the BC Ferry back from Swartz Bay to Tsawassen, with two of my stokers for the rally, our daughter and son.

For some reason I did not record the elevation on this rally.

1995 - Loire Valley, France: This trip marked the first time Chris and I jumped fully into touring. The machine selected was our Tandem TwosDay from Bike Friday. We rode fully self-contained, with the trailer, and stayed in small inns. The trailer worked out well since this was a point-to-point tour. We took the train from Paris to Samur to begin the tour, and we finished in Orleans. Afterward we took the train to Dijon so I could show Chris where I had done a college semester at the University of Dijon. It was on this trip that we saw clearly the genius behind the Bike Friday system and its incredible utility and flexibility. We still to this day have not seen anything that rivals it for independent, self-contained touring. This trip we put together ourselves, relying heavily on a book about touring in France by Gay and Kathlyn Hendricks.

Before heading to Samur we watched the finish of the Tour de France in Paris (Miguel Indurain's final win).

This remains one of my absolute favorite tours. I would go back to the Loire in a heartbeat!