1996 - Tour de France: Over the years we have several times gone directly from one tour to the next, figuring that since we already paid the airfare, we might as well maximize our time and experiences in whatever location we chose. These 2 back-to-back tours in 1996 were the first time for this "twofer" idea. After touring on our own in the Dordogne, we experienced 8 days following the Tour de France, led by Velovacations (an excellent trip, by the way - now VeloSport Vacations). We rode and watched the tour in the Pyrenees and the Bordeaux wine country, and then we took the TGV to Paris for the tour finish. We rode up the Col du Tourmalet, to Cauterets, and most of the way up Hautcam. One day we rode for a while in the Basque area of Spain. My lovely stoker provided not only motive power, but also lots of needed encouragement! 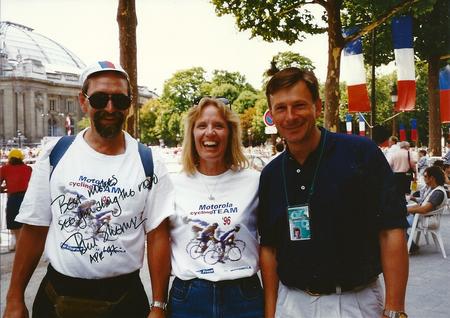 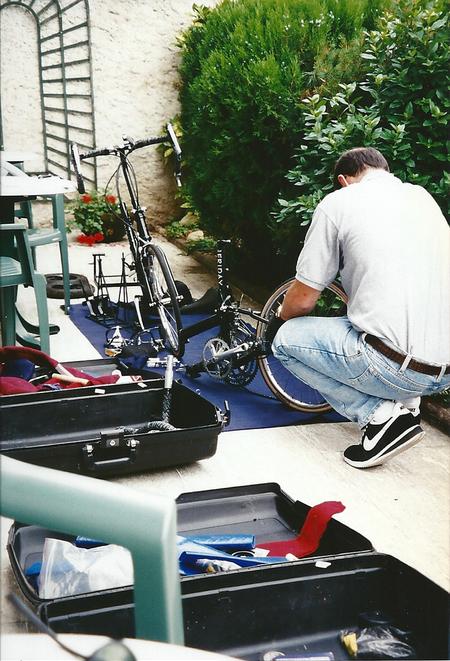 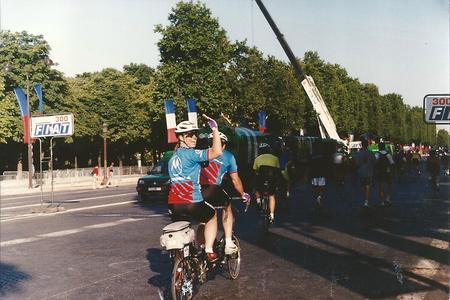 1996 - Dordogne Valley, France: Emboldened by the success of our Loire Valley tour the year before, we returned to France in 1996, this time to the Dordogne, again with help from the Hendricks' book on bicycle touring in France. Again, the tandem TwosDay from Bike Friday proved its worth. We took the train from Paris to Perigeaux, rode to Cahors, and then took the train to Pau to join an organized tour (see below). We again pulled the TwosDay's trailer for this 8 day tour. It was hillier than the Loire but we only had to walk up one short hill!

In this photo you can see what bike assembly looks like with the TwosDay (in Perigeaux, France).

Paul Sherwen stopped by for a chat during our finish line picnic. The t-shirts were compliments of Eddy de Groot, a soigneur for the Motorola team. Paul autographed the photo the following year during our Spring Classics trip to Belgium and France (1997). 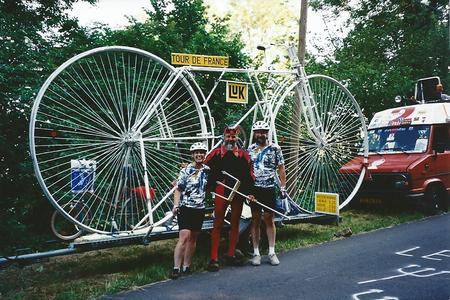 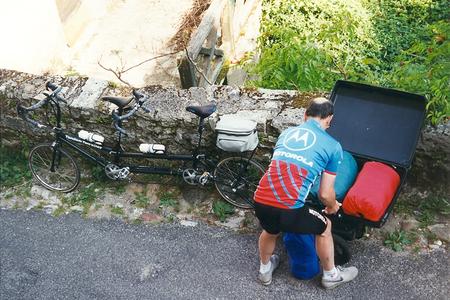 In this photo you can see that, by the time of this 1996 tour, we had perfected the art of compartmentalized packing for the TwosDay trailer. We each had a stuff sack for clothing and there was a shared sack for books, kitchen utensils, etc. Tools and spare parts rode in the bottom case. Back then there were no electronics to contend with!

1996 - Cycle Oregon: As in 1993, in 1996 I had the honor of volunteering on a team that took a disabled rider on the week-long tour in Southern Oregon. Here we are at the finish in Lakeview, Oregon. The bike was a modified Counterpoint OPUS that the team also used in 1993. 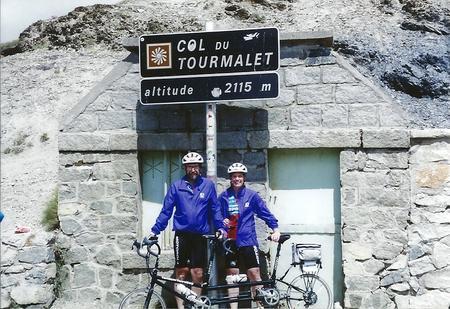 ​Riding up the Champs on finish day. 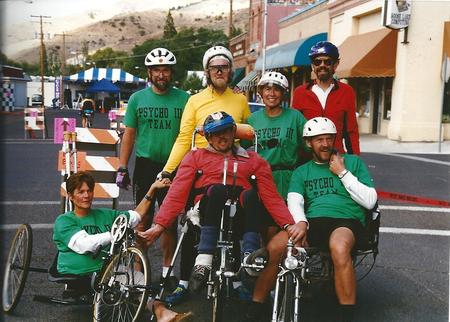 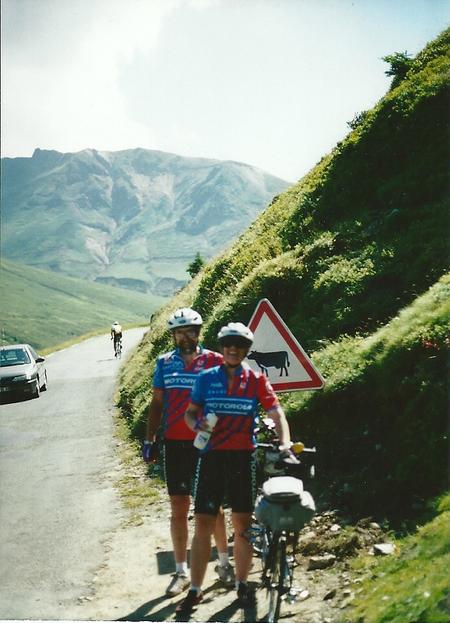 With "Der Teufel" on Hautcam.