Here we are riding along the Bodensee, sporting our King Ludwig jerseys from the prior year.

2004 - Tour BC: Tour BC became one of our favorite rides, so we chose to kick off the 2004 touring season by joining them (now known as Tour CO). As always, routes and support were excellent. For all of our touring in 2004, Rosie, our 2001 Co-Motion Speedster CoPilot, was our ride. 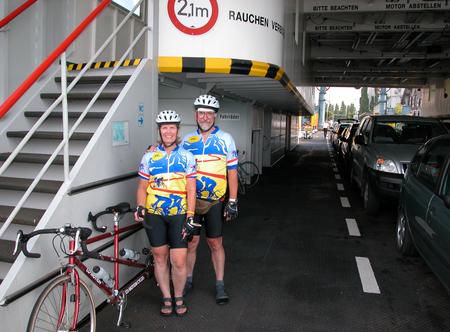 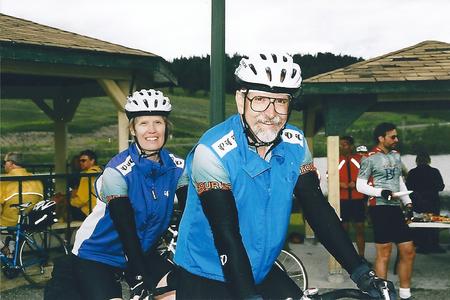 2004 - Bodensee: Our only other multi-day tour in 2004 was around the Bodensee with Santana Cycles (now Santana Adventures). This week long tour was yet another memorable ride in the countryside, including rides in Germany, Austria, Switzerland, and Liechtenstein. In keeping with adding some of our own flavor to these trips, we began by riding from the Zurich Airport to Friedrichshafen, the start city for the tour. This took only one day and we had our luggage sent ahead by taxi. In this photo we are enjoying the ferry ride across the lake (Bodensee or Lake Konstanz) from Romanshorn on the Swiss side to Friedrichshafen on the German side. 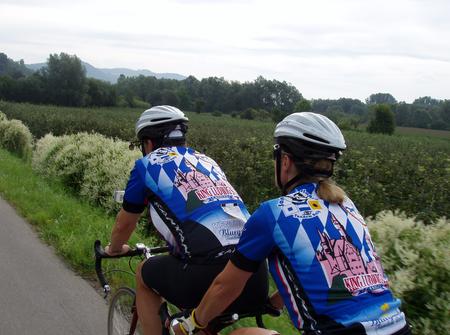