I'm with Rosie at the start of Day 1, NW Tandem Rally. Note that, even though we are riding a Co-Motion, we're showing off our Bike Friday jerseys, among our favorites.

2012 - NW Tandem Rally: The 2012 touring season got off to a late start, with the NW Tandem Rally in Salem, Oregon, over the July 4th Holiday. For this rally we took Rosie, our 2001 Co-Motion Speedster CoPilot. She's been our go-to machine for so many years.

We have fond memories of this rally, but when I look back at my journal I note it rained the whole time. Clearly it was dry at the start. Must have rained later in the day, and we must have enjoyed ourselves so much we forgot about the rain!

The last day of the 2012 Midwest Tandem Rally, with our daughter's triplet. The jerseys, gifts from our good friend and tour guide in Turkey (Firat), are from the Tour of Turkey that year. 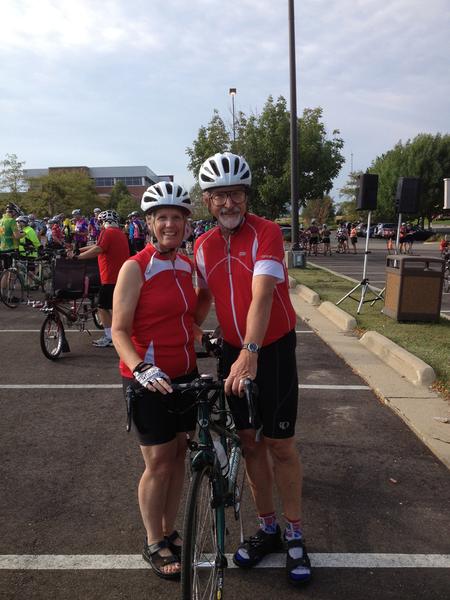 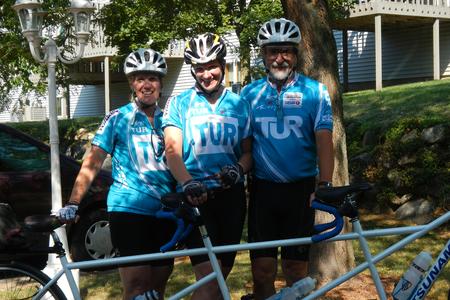 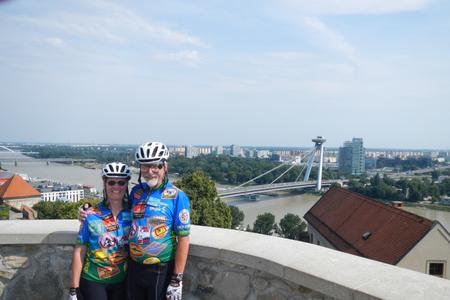 2012 - Salzburg, Austria to Passau, Germany: We kicked off several weeks of European touring with a ride from Salzburg to Passau, just the two of us with our belted Speedster Rohloff (Rollie). This was a ride along the Salzach and Inn Rivers. We carried our gear in panniers and had our luggage and bike cases shipped overland to Passau, where we joined Santana to ride and cruise the Danube River (see below). Here we are at the front door of the Hotel Sacher in Salzburg on departure morning. Once again, the Bike Friday jerseys get the call. 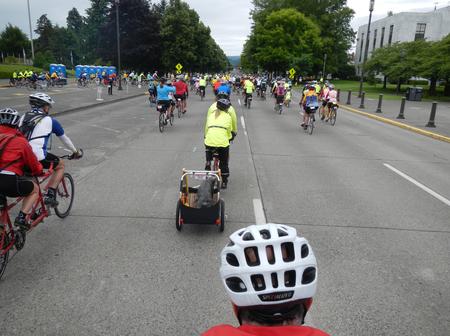 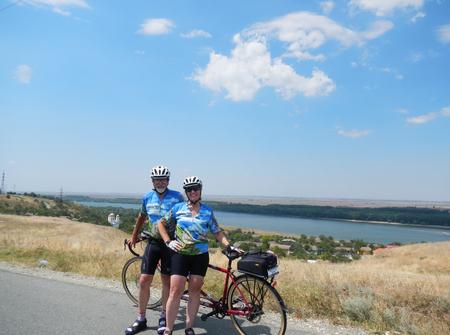 2012 - Midwest Tandem Rally: Rosie's twin, Greta, a green Co-Motion Speedster with couplers, was chosen to fly with us to the midwest for this rally held in Middleton, Wisconsin, just outside Madison. Note: Later, Greta moved permanently to Madison so we now have a tandem there for when we visit family in the area. Anyway, for this rally in 2012 our daughter rode with us on her single bike, except for the last day, when the 3 of us rode her triplet. 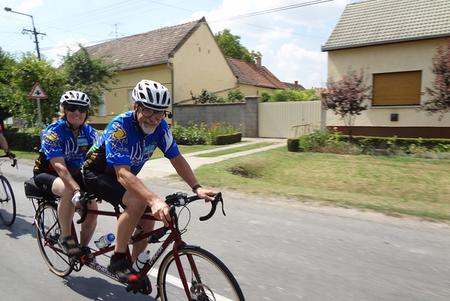 2012 - Danube River with Santana Cycles: ​Our second time on the Danube with Santana Cycles (now Santana Adventures) saw us repeating a prior cruise/tandem tour on the upper part of the river from Passau to Budapest, and then carrying on to the Black Sea, finishing up in Bucharest. This actually was two Santana tours, back-to-back. There were several couples who stayed on board for both tours. We had our Speedster Rohloff (Rollie), which we had ridden from Salzburg.

​We were off the bike for a couple of days late in the tour due to a medical issue for me, so we missed out on riding in Bulgaria, Moldova, and Ukraine. On the other hand, this gave us 2 extra days of relaxed cruising. This photo is in Bratislava, capitol of Slovakia. Bike Friday jerseys, of course! 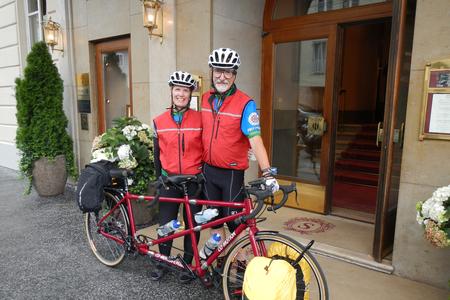 Along the Danube River in Slovakia. After leaving Passau, and accounting for my medical off-the-bike time, there were 11 days of riding on this tour. 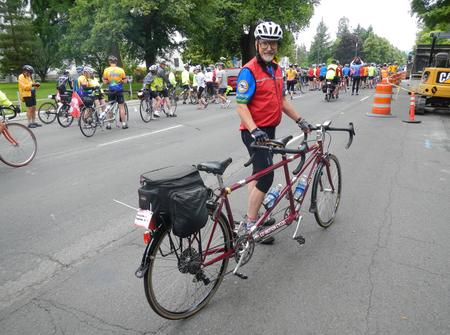 Here we are along the beautiful Blue Danube (it actually looks blue in this photo, doesn't it?) somewhere in Romania, not​ wearing Bike Friday jerseys!